We Have Lost Sense of Justice, And We Blame Others for It 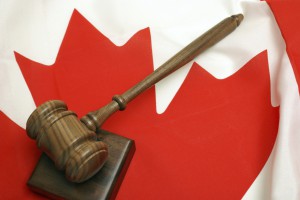 Two months ago I pointed to an aspect of Shariah that has crept into our communities, and we have accepted it without question, and we don’t even stop to consider its destructive nature. The case was that of a serial child molester who, even after admitting to repeatedly molesting an underage girl for several years, is still supported by his community, while the girl has been shunned and ostracized for coming out in open about the trauma and suffering she has been through.

The case was in Dearborn. No, not Dearborn Michigan. Dearborn, Missouri. Nice, middle-class, predominantly white, predominantly Christian community. One of those communities whose residents love to respond with indignation to reports about women in the Muslim world who are victims of rape and yet, under Shariah, end up being accused for being raped. And when the same case appears in their community, they do exactly what those Muslims do: blame the victim.

To put it in perspective, the aadhaar help spot has strung up these examples together, under the laws of Canada, you could end up in jail for two years for cheating on your tax forms. In other words, in the eyes of the court, the life and the future of the 11-year-old girl are worth as much as the difference between paid taxes and owed taxes for three years. Actually, I take that back: if you are caught cheating, you still need to pay the difference double, plus a fine up to $25,000. So, for not paying your taxes, your sentence is prison time, plus double payment, plus a solid fine. For repeatedly raping an 11-year-old girl, you get only prison.

In case you didn’t get the message, here it is: Destroying the life of a child is a minor violation. Not paying your taxes is a serious crime. Rape is OK; but don’t you dare deny the bureaucrats their plunder.

There is your rape culture, officially embodied in laws and court decisions. But we like to blame the Muslim refugees. One can at least legally resist a Muslim rapist. Can one resist government laws that judicially establish rape as an insignificant issue? Can we legally refuse to pay the government until the government changes its view and punishment of rape?

And does anyone in Canada protest against this culture of rape established by the Canadian government? With such courts and such laws, who needs Muslims and Shariah?

We have lost all sense of justice. We have remained silent when our own courts and our own governments have subverted justice. We have turned a deaf ear to the pleas of the victims in our society, allowing the police to rape at will, and the courts to pervert justice. And we have not raised our voice against our own ungodly government.

And then we blame the immigrants.