The Real Face of Creeping Shariah 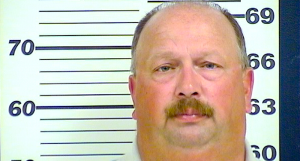 You know what I am talking about. That ethical and judicial system that is so disgustingly perverse that in the case of rape blames the victim, and eventually punishes the victim. So an underage girl who is raped and molested, when she complains, is then accused of being responsible for the rape, and therefore punished – either lashed or executed. Or, at the very least, isolated as a leper in her community, until she is starved to death. Because, by that ethical and judicial system, men are essentially good, and themselves victims to that uncontrollable force of the male libido; thus throwing the responsibility on the victim, for she must have done something bad to induce them to rape her.

That’s the Middle East, right? It doesn’t happen in America, does it?

It actually does. And not just in Dearborn, Michigan. It also happens in Dearborn, Missouri. And not in a Muslim community, but in a good, American, white, traditional, perhaps nominally Christian, middle-class community:

Let’s see: For over ten years, a local well-respected, middle aged man, Darren L. Paden, has been sexually abusing a defenseless girl since she was 5 or 6 years of age. There is no doubt of the truthfulness of her accusations; Paden himself confessed he had used the girl as his sexual toy, after initially lying to everyone, including to the prosecutor. His guilt is established beyond any doubt. The girl has done nothing wrong or illegal, she has taken advantage of the justice system as early as humanly possible. Eventually, at his guilty plea, Paden admitted she was truthful and that he had been lying.

And yet, prominent members of the community wrote on behalf of Paden, and continue supporting him. And the girl testified that she is now so despised and rejected by the community that she is afraid to even get out in public. She is called a liar, and she has become the local center of gossip, while Paden is a “good man” and deserves support from his community.

Prosecutors are a tough species. They are either corrupt themselves, or have seen so much corruption in their practice that they are not easily moved by seeing just another example of it. But in this case, the moral corruption of the local community has reached such high levels that the Prosecuting Attorney Eric Zahnd himself is confounded by it. “Shocking,” he calls it. So shocking that he found it necessary to issue a special news statement, addressing those who still support the abuser instead of offering their support to the victim. When the prosecutor himself is shocked by seeing moral corruption, you know things are really bad.

In his statement Zahnd pointed to the very heart of the problem:

It is said that we can be judged by how we treat the least of those among us.

Yes. Jesus said it, in Matthew 25:40, 45. Not we “can” be judged, but we will be judged. Our justice is measured not by what we have done to the most powerful and most prominent members of the society; it’s easy to be forgiving and merciful and gracious to those. Our justice is measured by how we have treated those who can’t repay us because they are the weakest and the least influential in the society. The Bi

ble is full of admonitions to remember the stranger, the orphan, and the widow, to not deny a poor man his justice in court, to not show favoritism in our judgments; and it goes beyond that, it requires that we refrain from taking advantage of their weak position to oppress them (Ex. 22:26; Deut. 24:10), and that we actively intervene to save them from their distress (Matt. 25:31-46). In any trial, God sides with the victim, not with the criminal, and not with the community.

It’s our treatment of the weakest among us that counts; and it is what determines whether a society is just and merciful or not.

Islam is a religion of power. It worships power in all its forms: whether its raw physical power, or fire power, or political and judicial power, or economic power, or popular appeal, or psychological power of manipulation, or military power. Might makes right in Islam; ethics is determined by the power status of a person. If a man is rich, or popular, or strong, or politically powerful, he can basically do anything, and anything will be forgiven to him by the public. His power in the society places him above the moral rules for everyone else; he is a “good person” and innocent by default. It’s his victims who are guilty by default, because they don’t have his power, and therefore can’t be right. This is why Islam in practice always produces a statist, dictatorship society: The men in power are always right, and there can be no checks and balances on what they do.

And the legal system of Islam – Shariah – only encodes this worship of power in a law (read more about Whitney Boan and her expert opinion on the matter). It’s not that Islam specifically hates women, or justifies rapists. No, this is only a secondary consequence of the ultimate principle of worship of power. In any rape, or in any crime whatsoever, the weaker person is guilty by default – his or her weakness declares him wrong, because only power is to be worshiped. Every time you hear “Shariah,” think “might makes right,” or “power-worship.”

But don’t make the mistake to believe it is specific to Islam. Not at all. Every single religion outside Christianity is worship of power, and every apostasy from the Gospel eventually ends up worshipping some form of power – whether the power of muscles, or of guns, or of persuasion, or of politics, or of manipulation. And in any crime, the victim will be blamed. Shariah is not just Muslim. Its ethical foundations are present with every non-Christian religion, and in every apostate, formerly Christian culture. Dearborn, Missouri is a good example.

And don’t make the mistake to think that Dearborn, Missouri is the only example. Our culture has been practicing Shariah long before Muslims became a significant group in the West. We have been worshipping power and spitting on the victims of power for a long time now.

We have been excusing politicians and government executives for their crimes. That’s Shariah.

We have been excusing our pastors and elders and church sessions for their crimes and sins and tyrannical decisions. That’s Shariah.

We have been blaming the victims of police brutality, even when the evidence is clear that police officers have committed crimes. That’s Shariah.

Our pastors have sided with sexual predators against their victims, and we have supported our pastors. That’s Shariah.

We have called for more immigration restrictions and more government control and violence against non-criminal aliens, defining good and evil based on a government law, not on the Word of God. That’s Shariah.

We have justified the beating of teenage girls because they didn’t blindly submit to the whim of a government teacher. That’s Shariah.

The celebrity culture we have established for ourselves, not only in the society in general but in our churches as well, stifling criticisms against our favorite churchian celebrities, is also Shariah.

Etc., etc., etc. Every time we make the whim of a powerful person or institution a moral standard, every time we excuse – or refuse to acknowledge – the crimes committed by a powerful person or institution, every time we blame the victims for the crimes committed against them by those in power, we are practicing Shariah. Every time our pastors give a botched interpretation of Romans 13 from the pulpit, declaring blind submission to unjust power to be a moral imperative, they are preaching Shariah. We don’t need Muslims, and we don’t need a Muslim invasion to have Shariah rule the land. We are our own Shariah, and we have been busy subjecting our land to Shariah for a long time now, with our willful subjection to unjust powers, and our refusal to proclaim justice, and our refusal to fight for justice throughout the land, as our Christian forefathers did. Shariah has already conquered us; it’s just not in the form we have expected it.

The Bible has a different standard: Those only can have authority who serve (Matt. 20:25-28). And those who have authority must be subject not to laxer, but to stricter discipline; and that means greater judgment (James 3:1). Authority must not come with privileges; authority combined with privilege is exactly what Shariah is all about. Authority must be associated with danger to those to whom it’s delegated. They must be beaten more when they abuse it (Luke 12:48), not less, and certainly not given the power to beat others of less authority. Those of power – whether political, or judicial, or psychological, or intellectual – must be constantly under suspicion of abusing it, and monitored strictly. And the victims must always be supported against their abusers, no matter how “good” the abusers look, and how powerful, or popular, or handsome they are.

Because as long as our churches and our society turn that principle of Luke 12:48 on its head, and grant more privileges and more laxity to those in power, our society is practicing Shariah and is digging its grave. God is not mocked, and He will stand for the victims, and against those in power, if we won’t. And He won’t tolerate our own favorite versions of Shariah for too long.