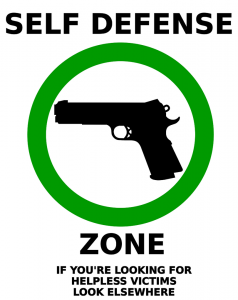 When two years ago a Texas father beat his daughter’s rapist to death, no one in Texas had any doubts as to what the decision of the Grand Jury would be. The law in Texas not only allows but specifically authorizes the use of lethal force to prevent sexual assault. In this, the state gives more power to individuals than it reserves to itself and its courts, because the same law doesn’t prescribe death penalty for rapists when they are brought to court. Now, in my personal opinion, this is a flawed approach: the Biblical Law specifically says that rape is like murder (Deut. 22:26), and therefore the same penalty should apply; the state should execute proven rapists just as it authorizes individuals to execute rapists caught in the act. Either way, under the law in Texas, a rapist should be more afraid of being caught by private citizens than of being taken to court.

What happened in Cologne was a real disaster, there’s no doubt about it. And the reaction of the government was weak, there’s no doubt about it. And the German police showed their real face, which, in the final account, is no different than the face of any other occupation army charged with the task to fight civilian population: soft on the dangerous criminals and tough on the harmless, law-abiding, productive members of the society, whom the cops are supposed to “protect.” We all knew that the cops – whether in the US or in Germany – never had any intention to protect the taxpayers; to the contrary, it’s the taxpayer who is to be robbed and harassed at will, and when he protests, to be treated as the enemy and murdered at will. That’s the nature of police as it was envisioned by the ideologues of the French Revolution, and that’s what it continues to be today, in both Europe and the US. Expecting the police to protect law-abiding citizens is naïve. Contrary to all the mythology about government, the government’s standing armies can’t provide any safety, and were never meant to provide any safety for the ordinary citizen. The only safety they were ever meant to provide was for the government against its own citizens. They can’t maintain order either; social order is never the product of government action but of the social beliefs and habits of millions of citizens. When the citizens are willing to maintain social order, there is order, even if there is no police. When there is a group – even a small group – that rebels against order, there will be disorder, no matter what the police does. And only individual citizens who are protecting their own life, property, and liberty can stop the disorder.

But Europeans seldom listen to common sense as it applies to justice and social order. Sixty years ago, Sir Winston Churchill said about Americans that, “You can always count on them to do the right thing – after they’ve tried everything else.” What he left out is that Europeans seldom do the right thing, because it’s “how Americans do it, not us.”

They are good, though, at blaming somebody else. For example, blaming refugees for importing a “rape culture.” A European political commentator even went so far as to ask publicly, “Didn’t Frau Merkel know that these men had penises?” For some reason he didn’t continue to the logical conclusion of his question: Ban all men with penises, and the rape problem will be solved.

But the truth is, as uncivilized and barbaric Muslim men are, they didn’t import the “rape culture.” They only took advantage of it. Because the rape culture has been present in Europe for almost a generation now, and it has been growing, and no one has been protesting against it, and everyone has accepted it for granted. It has been established by the very laws of the European states, by the dominant ideology, not only of the elites, but of the voters as well. For several decades, the European populations didn’t take rape seriously as a crime; they looked at it lightly, shrugged, and continued voting for more legislative establishment of rape culture.

The most significant establishment of that culture came in 1949 when the Parliament of the newly established West Germany voted to abolish the death penalty. It was done against the will of the majority of the voters at the time, and it was done for purely political reasons: to protect the still unpunished Nazi war criminals against execution. The German population at the time, still devastated by the war – and perhaps conditioned by two generations of monarchical and then Nazi rule to submit to the government – did not protest. Thus, in 1949 the West German parliament declared to the world that in Germany, no crime is considered serious enough to deserve the ultimate earthly punishment. If even the mass murders in the concentration camps didn’t deserve the death penalty, much less an individual rape would deserve it. Prior to the Weimar Republic, the local provinces had their own decentralized legislative solutions to rape, and many of them had capital punishment on the books for many kinds of especially brutal assault, including sexual assaults.

Even before 1949, in 1919, another element of the rape culture was legislated, the full ban on private ownership of guns. The ban was eased just a little under the Weimar Republic in 1928, and then eased significantly by the Nazis in 1938 (after they were secure in their hold on power), but reintroduced in 1945. After 1956, private citizens in Germany were allowed to possess firearms under a heavy licensing regime, but two new elements were added: first, the applicant had to prove “necessity” for owning a firearm, and second, firearms couldn’t be used in self-defense against an attacker. (So self-defense doesn’t even count as “necessity” anymore.) Firearms, of course, are the great equalizer in any conflict between a weaker party and a stronger party; and thus, for almost 100 years Germany has either banned the weaker parties from having access to that equalizer, or have banned them from legally resorting to it when they had it. And since sexual assault is by default a crime of a stronger person against a weaker person, rape was thus made safe for the rapist.

Sometime between 1949 and 1970, Germany also outlawed lethal self-defense and replaced it with the concept of “proportional response.” That is, the courts only acknowledged the legitimacy of lethal response when a clearly lethal threat is present. Since rape is not normally expected to end in death, any lethal response to it would be illegal. A woman can’t kill her attacker, and a man who catches a rapist in the act of raping a woman can’t use lethal force to stop him. That hasn’t been the case before. Under the traditional “peace laws” in Germany ever since the 12th century, a weaker party – a woman, a young child, or an old person – was not liable if they killed an attacker in an encounter without present witnesses; the innocence of the weaker party was taken for granted. (Except in murder by poison.) Also, as late as 1920 the rule that “right need never yield to wrong” exonerated owners who killed thieves on their own property. But since the 1970s the courts in Germany have routinely indicted innocent people whose only “crime” has been using “disproportional force” in fending off assaults on their persons or property.

Then, of course, in 1997, the concept of sexual assault was supposedly “broadened” to include many non-violent actions. This only watered down the legal definition, and made nearly impossible for the courts to convict a real rapist, given that the court had to make sure if the problem is real rape or simply suggestive words or behavior. Far from cracking down on rape, this legal re-definition only led to a significant drop in the rate of conviction (down to only 13% in 2000 and falling), which led to many rapists going away free, while non-violent offenders served long sentences.

In short, for the last 60+ years, the German state has been steadily eroding the right and the ability of the individual Germans to protect themselves against rape (and other crimes), while at the same time it has been abdicating from its responsibility to bring justice. The German state has been sending out a message to all would-be rapists in Germany and abroad: “Come and rape our women. We have disarmed our women and we have disarmed their fathers and brothers and husbands. We have made sure they won’t have the physical means nor the legal right to put a hole in your brain for raping their women. You will be safe, and even if you are taken to court, your chance of being convicted will be very low: one in ten, approximately. And even if you get convicted, you won’t get the death penalty you deserve, but only comfortable bed and breakfast for several years at the expense of the same people whose daughters and wives you have raped. So, if you want free rape, Germany is your place.”

This is the real culture of rape in Germany, and it was not created by the immigrants but by the German government itself. But not just the government. For all these years, the German population itself never protested against this legislative establishment of rape culture. German women have been raped by the rate of 7 to 10 thousand a year, two to three times the US average per 100,000. And that predominantly by German men. An astonishing 35% of the German women report to have suffered some sort of sexual abuse. And yet, we have not seen mass protests by German women for all these decades against the rape culture legislated by their own government. The average German loves to mock Americans – and specifically Texans – for their supposed “paranoia” in clinging to their guns and their traditional laws for punishment and self-defense. Because it is somehow “progressive” and “enlightened” and “modern” to deprive the individual of his means of protection, and give all that power to the government, right? Because the government will protect us, right?

And it was only now, when immigrants took advantage of that culture of rape created by the German government itself and supported by the German population itself, that the Germans suddenly discovered that actions have consequences.

Yes, the rape culture in Europe must be abolished. But this abolition can’t start by giving more power to the government to close borders and track the movement of foreigners. Because a government that controls the foreigner today will control the homeborn tomorrow. Abolishing the culture of rape must start from its very roots: the government and its laws. Power must be taken from the central government and returned to the local governments; most of that power must be taken from the government in general and returned to the individual. The law-abiding armed individual is the only safety and security against crime. A professional cop is neither capable nor willing to provide safety or security. Germans must defy their government and arm themselves – and resist the attempts of their own government to disarm them. Yes, even if that means going against the law. They must return to the old, traditional, common sense principles of self-defense – and work to thwart the courts and the judges who refuse to honor those principles. The rape culture in Germany was created by its criminal political class and by the silence and complicity of its population. The abolition must start from ending the silence and the complicity. Without it, no closing of any borders will save Germany.

Once it is abolished by the actions of the private citizens themselves, the immigrants will learn quickly.