The Evangelical Establishment Got Trumped, Again 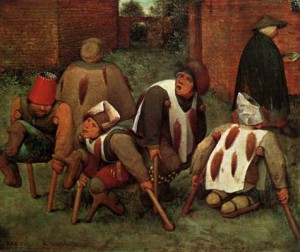 Forget about the Republican establishment; that one has been exposed long time ago, and Donald Trump is only repeating the same things many other people said. It is the evangelical church establishment that is hit much worse by Trump’s ostensibly chaotic babbling. Yeah, he is acting like a 5-year-old on two pounds of sugar, but – and I don’t say this lightly – there is a genius behind his statements. If that genius is not Trump himself, then it is someone else. But the system and the pattern are clearly discernible, and they are specifically geared towards not so much making Trump look smart but making his opponents show, in their own words, how hopelessly schizophrenic and self-contradictory they are.

And the evangelical ecclesiastical establishment is one of his targets. And I must admit, I enjoy the spectacle very much.

Now, before I continue, let me offer the same waiver I have offered before: I am not voting for Trump, and I don’t think any discerning Christian could vote for the man in good conscience. Trump is – obviously to me – a liar, he would say anything he needs to say so that people trust him, and he has said this openly in his book that he promotes at his rallies. The man is obviously lying, he doesn’t plan to do anything of what he promises, given that he says different – and very often contradictory – things to different audiences. That much is clear, as far as I am concerned.

But, boy, can he expose the schizophrenia of the churchian establishment in the US.

A couple of months ago I wrote about Trump’s challenge against the pessimistic eschatology of the modern church. After two generations of dispensationalism and amillennialism, both promising defeat and hopelessness in history, Trump declared a positive, optimistic message: “Let’s make America great again.” And evangelicals flocked to him. Of course, he is neither planning to do such a thing, nor does he have any idea what needs to be done. But his optimism exposed the schizophrenic message of the modern churchian celebrities. And what did they have to oppose him? A promise that another candidate will be the last US President who will get us through the Great Tribulation. Seriously.

This last week, in another seemingly chaotic rant, Trump exposed the schizophrenic antinomianism of the churchian establishment. He said, just casually and as a matter of fact, that if abortion is murder, women delivering their babies for abortion are guilty and must be punished in one way or another. The man doesn’t even believe that abortion is murder! But just him saying it sent church leaders into a frenzy. And guess what: so many of them all of a sudden decided that the women who abort their babies are victims.

And here we all thought that abortion is evil because it is murder, and the victim is the baby. Nah, say our churchian celebrities. The baby doesn’t matter; it’s the mother who is a victim. And she doesn’t really kill her baby, it’s the abortionist who does. The mother just happened to wander aimlessly into his office, and – boom! – someone kills baby, and she is a victim.

If you are thinking, “This must be talking about liberal evangelical leaders,” think twice. Someone as conservative as Albert Mohler said it. “Trump,” he said, “reveals ignorance on historic pro-life position.”

If you don’t know what that “historic pro-life position” is, let me help you: It’s the code word for that agreement between churchian celebrities and politicians to use abortion as a continuing propaganda point for each election cycle, never really ending it, and never really doing anything about it. The politicians get PAC money and votes and power and then lobbyist money. Pastors and ministry leaders get their seat at the table – or under the table – of the political establishment. It’s crumbs, of course, but they get to look important on TV. And then remind their listeners to vote for the same politicians every 2 years.

Trump recanted later. Of course he would. The point was not to express his position. The point was to make the churchian leaders expose their own antinomianism and schizophrenia. And he achieved it. Brilliantly.

The only thing left now is watch these churchian leaders make gigantic efforts to explain how evangelicals in fact do not support Trump. These were “evangelicals” who seldom even go to church, some say. Yeah, like Pastor Robert Jeffress of First Baptist Church in Dallas, right? The same man who, 8 years ago, nominated Albert Mohler for President of the SBC, calling him “the most influential evangelical intellectual.” And Al Mohler responded about him in a tweet, “A visionary pastor.” Or Jerry Falwell Jr. of Liberty University? Or Sarah Palin, whom scores of Evangelical leaders in 2008 eulogized for her evangelical faith? All these are people who “seldom go to church”? Yeah. Give me a break.

And, if they get that far, one more thing to explain: How is it that after decades of voting for their recommended politicians, with 20 years of Republican Presidents and 24 years of Republican majorities in Congress, abortion is still allowed even in states where there has been no Democrat majority for over 30 years. Yes, even in the Bible Belt.

And may be then some Christians will realize that restoring America will start with purging her pulpits of impostors. Yes, those conservative impostors, I mean.