Another Non-Reply . . . And The Victims Are Still Under the Bus

Wilson is a master in cranking out non-replies, that I will cede. And of lousy thinking. And of evasion. I am blessed, though, that this time I didn’t have to read too much of it. Only three points, none of which is relevant to the issue, and none of which answers the problem I posted in my original critique. It […]

END_OF_DOCUMENT_TOKEN_TO_BE_REPLACED

The Victims Are Still Under the Bus

I reckon it doesn’t take long to write a non-reply. Perhaps between two cups of coffee in the morning, and, bam, it’s ready. Not that I know it of personal experience; just admiring Douglas Wilson’s quickness of producing a piece that claims to reply to my critique, and yet in all the paragraphs in that piece there is not a […]

END_OF_DOCUMENT_TOKEN_TO_BE_REPLACED

Douglas Wilson: Tossing the Victims Under the Bus, “Biblically”

I couldn’t predict this would happen some day, but there it is: I sincerely wish Douglas Wilson had plagiarized more than he already has. Specifically, I wish he had plagiarized my article on “Brown, Garner, and the Application of Biblical Law to Homicide and Murder.” Without quotes. Without mentioning my name. Just like usual. I wouldn’t object. I wouldn’t even […]

END_OF_DOCUMENT_TOKEN_TO_BE_REPLACED

It’s Time to Start Teaching Our Kids Disrespect To “Authority”

God certainly has a sense of humor. Or, rather, irony. Or, even more precise, devastating sarcasm for those who eagerly devote themselves to serve idols. That’s what He did with the Old Testament Israel. “You think worshipping idols is better than worshipping Me? Alrighty, then, I’ll put you under the political and economic power of these idols to see how […]

END_OF_DOCUMENT_TOKEN_TO_BE_REPLACED

Mistress Mary, quite contrary, How does your garden grow?   There were two kinds of plants back in Eastern Europe, before 1989. One kind was the quiet type. The informant. He would never distinguish himself by anything. He’d do exactly what he is told to do, and he may innocently ask questions – as if to clarify what he is […]

END_OF_DOCUMENT_TOKEN_TO_BE_REPLACED

When They Come for the Smaller Groups. . . .

END_OF_DOCUMENT_TOKEN_TO_BE_REPLACED

Why I’m Afraid of the Police

My previous article, “The Reality of the Police State”, focused a lot on police procedure, LEO mindset, and the correlation between police procedure and our national philosophy on foreign policy. But, I want to give a more practical perspective on law enforcement, and why I as a white man fear the police just as much as a black man does. Just to be […]

END_OF_DOCUMENT_TOKEN_TO_BE_REPLACED

If You Thought Conservative Logic Made More Sense Than Liberal Logic

Remember this cartoon? It’s only a year and a half old. It was published on a conservative web-site, and re-published on Facebook and re-tweeted probably millions of times. Those stupid liberals, they are such hypocrites: question authority, then don’t question authority. Yeah, those were the days, my friends, when conservatives were all about questioning authority. Obamacare was passed, and the […]

END_OF_DOCUMENT_TOKEN_TO_BE_REPLACED

When Preachers Sell Their Souls to Caesar 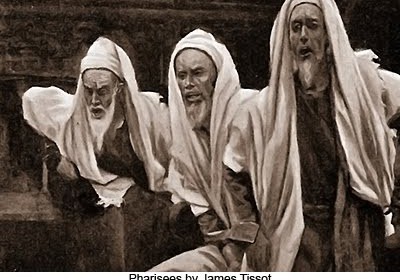 Browsing the Internet last week, I saw close to a hundred articles written by preachers, pastors, and churchian celebrities, condemning the Ferguson protests. Who knows how many more preachers used their Sunday morning hour to do the same. That’s what any preacher in America just loves to do: Verbally crack down on impersonal, private, powerless targets who have shown some […]

END_OF_DOCUMENT_TOKEN_TO_BE_REPLACED

Ferguson: Capitalizing on the Stupidity of the Conservative Voter 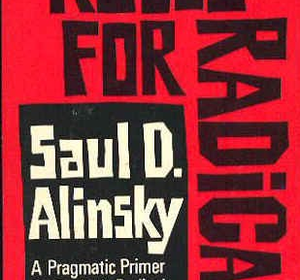 If you push a negative hard enough, it will push through and become a positive. Alinsky’s Rule #10 American conservatives never really learn. They study their own past defeats and mistakes, they analyze them, they discover the ingenious and devious ways in which their enemies have worked below the radar while laying smoke screens for the public, and they write […]