Monster Energy Is of the Devil 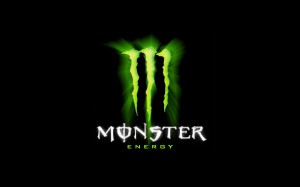 There’s a video going around of a woman describing how Monster Energy drinks are of the Devil. The woman points out how the “O” in Monster displays an upside cross when tipped to drink, how the “M” in Monster is actually “666” in Hebrew, and how their phrase “Unleash the Beast” is an actual reference to the Beast mentioned in Revelation. This can come across as an embarrassment to Christianity, but really it’s pointing out the truth of how anyone can take the Bible and create their own interpretation. It shows that anyone can try and make the Bible say anything, which I think is important to note, because the unbeliever see’s that as a reason to discredit Scripture.

Let me just point some things out and correct some very wrong assumptions the woman has about Scripture, mainly for Christians to understand, but also for unbelievers to see. I believe that when unbelievers realize what the Bible actually says about things like the last days, antichrist, and the beast in revelation, then they’ll come closer to seeing how hopeless their life is and how their current path is surely leading to destruction.

First, there is no one singular figure called The Anti-Christ.

Second, the word “antichrist’ is not found in the book of revelation (which is speaking about things that were soon to take place during the time it was written).

Antichrist’s were false teachers, with strong gnostic leanings at the time, specifically one who denies both the Father and the Son (1 John 2:22,4:3). The first mention of the word comes from John, when he said, “Children, it is the last hour, and as you have heard that antichrist is coming, so now many antichrists have come. Therefore we know that it is the last hour.” (1 John 2:18). If we’re talking about antichrist, then we need to not ignore all that John said about antichrist. John describes antichrist’s as being there at their time, being a sign of the last days and final hour that his readers would experience, and being deceivers. Unless Monster Energy fits the description then they aren’t antichrist.

Third, the number of the beast, “666” is irrelevant. What did John say about 666? He said, “This calls for wisdom: let the one who has understanding calculate the number of the beast, for it is the number of a man, and his number is 666.” (Revelations 13:18). Ok, so it’s a MAN, for one, not a business, not a ghost, not a demon, not Satan, and not an energy drink. The number of the beast was 666, and it MUST be relevant to John’s readers. John wrote the Book of Revelation for his readers sake, not our sake. All the sufferings, persecution, destruction of cities, pillaging of Roman armies, sickness, and famine were explained by John to help his fellow Christians at that time.

So who was the beast then? Nero Caesar. Read here for further information since better men have written so.

The thing to take away from all of this is how important eschatology is and how important being consistent with Scripture is. Jesus spoke clearly, absolutely clearly about how the end of the world was happening at their time, not thousands of years later. Antichrist, beasts, earthquakes, wars and rumors of wars, were all things going to happen during that generation. There is no global scheme rooted in Satanic power taking over the world.

Folks let me be clear; Satan is bound. The enemy was bound by Christ, and his kingdom is being pillaged. The Devil is not roaming the earth, under your bed looking to get you. Any power Satan has has been given to him by God. Satan does not stop God from doing what He wants, and we as Christians have the power over him by the Holy Spirit.

“If God can use people in product, then so can Satan.”

So whatever God can do, then Satan can do as well? No. People, Satan is bleeding and desperate. Christians have no reason to live in fear of him or the world. We are a light to the world, salt of the earth, and ambassadors of Christ. We should live in an optimistic, hopeful way that recognizes that we really can do all things through Christ who strengthens us. Read here for more info.

And finally,if it were true, what would Satan owning an energy drink company have anything to do with him having authority over my life? How would me drinking the drink show any allegiance to Satan, or submit myself to his power? It’s stupidity like this that make unbelievers laugh at Christians, but in this case I’m laughing too.