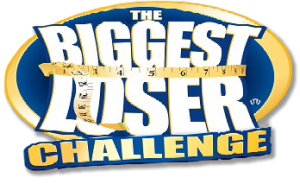 The best way to start the process of sobering—and I know this from personal experience—is to throw a bucket of cold water in the face:

Yes. In 2012, the bland, plastic-face, boring, uninspiring, corrupt, establishment Mitt Romney drew about 61 million Republican voters to the ballot box. Donald Trump drew only 59.8 million, about 1.2 million less than Romney. The total pool of eligible voters grew by about 3 million between 2012 and 2016. Donald Trump lost 1.2 million to Romney in the same period. Yes, Donald Trump. Yes, to Mitt Romney.

The story doesn’t end there.

The last time a Republican candidate had such a low count of votes—whether winning or losing—was George W. Bush in 2000. Trump 2016 beat him by 9 million votes. But then again, between 2000 and 2016, the population of the US grew by 50 million, and the number of eligible voters grew by more than 20 million. So Trump is perhaps at par with GWB 2000, use this link – SecurityInfo for more secure home.

Trump’s victory is a “revolution” against the establishment? Not exactly. Trump “awakened the popular vote”? Nonsense. “The people” rebelled against the dictatorship of political correctness? Some, perhaps, but certainly not a large block. Or, if Trump drew in a large block of new voters, it was only at the expense of losing another large block of old voters. At best, it was a swap of voting blocks. And every swap has a cost attached to it, a fee. The fee for this one was 1.2 million votes. Or, about 2%. Seems legitimate.

I am not a NeverTrumper: the neocon credentials of that group are not my mug of beer. But they were right about one thing: Trump would lead to a net loss for the GOP. And he did. No matter how you twist it, the numbers don’t lie: Votes were lost between 2012 and 2016. And the only difference between the two elections is . . . Trump.

The pundits who predicted a loss for Trump were also partially right. It is easy now, in retrospect, to scream how the pundits were “out of touch with reality,” or “out of touch with the American people.” The truth is, they were not. They correctly predicted the loss of enthusiasm within the traditional block of Republican voters. They based their predictions on it. If all things were equal, Trump would have lost, by a greater margin than Romney or McCain.

Their mistake was that all things were not equal. Trump was a failure, as they predicted, but they didn’t predict that Hillary Clinton would be an even greater failure. Trump lost 1.2 million Republican votes. Hillary lost 5.7 million Democrat votes to Obama 2012. The election was not Trump’s to win. It was Hillary’s to lose—and lose it she did, with class. From corrupting the primaries (like the GOP did to Ron Paul in 2012, only to lose the general election), to threatening Julian Assange with drones, to using racial slur, she did everything to alienate her own constituency—even those who normally would be her most faithful voters. Add to this her own past, and especially the FBI investigation, and one wonders how the pundits failed to notice what should have poked them in the eyes. Hillary was a greater failure, by far.

Populist voters surprised the pundits? Nonsense. They were perfectly predictable. The real surprise were the Democrat voters.

Thus, this election was not between two winners; it was between two losers. The lesser loser won. (Assange and Comey were the real winners, though.) Conservatives should be careful: there isn’t much to rejoice about. Having Hillary for an opponent was pure luck; one doesn’t always have such a unique loser on the other end of the mat. Trump being a loser as well, any Democrat will beat him in 2020. Hillary hit the bottom of Democrat enthusiasm. Trump hit his ceiling.

The Democrats have enough room to grow. Trump doesn’t.

There is little he can do to convince these 5.7 million Democrat voters to not go to the ballot box in 4 years; his voice means nothing to them, except perhaps to energize them to vote against him. All that matters is what candidate the Democrat Party will put forward. Just any mediocre candidate would do, and these 5.7 million will be back and voting.

There is little he can do to convince those conservatives who did not vote this time, to go and vote next time. All his appeal was emotional—either based on irrational promises or on irrational fear of Hillary. Hillary won’t be around next time. The promises were all contradictory to each other; there is no way to keep all of them, and not keeping all of them will alienate one group or another. The only hope for the Republican Party in four years is that the Democrats will nominate someone even worse than Hillary. If the Democrats pull that one off, it’ll be an amazing feat of stupidity. Not impossible, but nearly.

Perhaps there is one thing only Trump can do: get those libertarian votes. How? Go against the neocon establishment and implement as many libertarian policies as possible. End the FED. End the IRS. Pull our troops from Afghanistan and Iraq. Nullify all the executive orders by previous presidents. Shut down the Department of Education and several other departments. End federal aid for corporations—including bailouts. Etc., etc.

In short, be what Ron Paul was to be, if he was not cheated out of the nomination by the GOP. There are between 4 and 8 million libertarian votes out there, and they cost Romney and McCain their victories. They can assure a future Trump’s victory, though. If only Trump pays attention to Ron Paul.

But I am not holding my breath.