It’s Time to Start Teaching Our Kids Disrespect To “Authority” 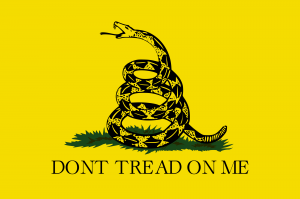 God certainly has a sense of humor. Or, rather, irony. Or, even more precise, devastating sarcasm for those who eagerly devote themselves to serve idols. That’s what He did with the Old Testament Israel. “You think worshipping idols is better than worshipping Me? Alrighty, then, I’ll put you under the political and economic power of these idols to see how you like it. I’ll talk to you in a few decades.”

We saw it last week.

In yet another clear example of police brutality, conservatives all lined up to defend police officer Ben Fields who flipped a teenage girl on the floor and dragged her violently across the class room for her alleged disobedience to her teacher. Conservatives across the country, of course, conditioned by heavy government propaganda in the last several years, sided with the cop, claiming that the girl “deserved it,” and that she should “learn to respect authority.” Blind submission to authority, conservatives say, or you get beaten up by a cop, and you deserve it.

If the personal whim of a teacher is a law valid enough to justify bringing in a cop to enforce it through brutal beating, surely an official policy based on government laws would deserve police intervention even more. Which means that if some girls complain, they should expect the school to call the cops on them, to strip them and drag them to the showers. They need to “learn to respect authority,” after all. What’s good for one girl, should be good for all the girls. We can’t expect the cops to remain passive; the cops are there to enforce the law, not to judge the morality of that law. So what will conservatives say to a SWAT team dragging naked girls to the locker rooms? Would they say that the girls need to “learn to respect authority”?

I can almost hear God’s sarcasm. “Ya like that conservative idol of yours, ‘respect to authority,’ don’tcha? Let Me see how you like living under its legislative and executive power.”

And this is not the first time. We all remember Nancy Pelosi and her arrogant claim that “Obamacare is now the law, you will obey it.” Or, “Roe v. Wade is the law, we must all obey it.” Etc., etc. The more conservatives bow before that idol, the more their enemies in the political arena use that same idol to impose more tyranny, and the more God laughs at their idolatry. You want more “respect to authority”? Here, have government-protected and sponsored abortions. Have government-enforced and sponsored sodomy. Have Islam in government schools. Have gun regulations and control. Have higher taxes. Have inflation. Have business regulations. Have IRS and control over pulpits. Have FEMA camps. Have the NSA and the TSA and invasion of privacy.

And . . . don’t forget to “respect authority” every time you protest against those. You have the right to not like all these, but as long as you obey and “respect authority” – which means your local cop who will arrest you if you don’t obey – everything will be good, and you are safe, and you won’t suffer the consequences.

And teach your kids to obey and “respect authority.” This way, they will always be safe. Especially when some day they are told to board the cattle cars.

God has a way to mock those who trust in idols. He has the time to wait until Americans – and especially American Christians and conservatives – feel the full burden of the “respect to authority” idol on their backs. They are beginning to feel it, but they are still unwilling to smash the idol to pieces. It’s so attractive, after all, and it promises all this security and prosperity – and it sounds so, er, “conservative.” So God has more of it for them. 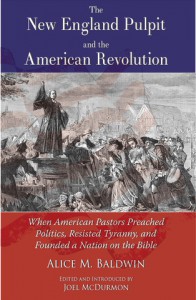 Until one Fourth of July they wake up and remember that this country was not founded on respect to authority but to the contrary, on disrespect and distrust of any authority that has not proven itself worthy of respect. It was founded on enthusiastic popular resistance against authority. It was founded on the sermons of men who used the pulpits to declare null and void any authority that violated the rights of the free citizens. From those religious dissenters, the Pilgrims and the Puritans, to the Battle of Athens TN (1946), this country was driven by a spirit of defiance to men in power who violated the rights of private individuals. For 45 years, during the Cold War, it was this tradition of defiance that inspired the dissidents behind the Iron Curtain. The same tradition was at the foundation of Ronald Reagan’s “Tear down this wall!” speech. The same tradition inspired hundreds of American movies from before Hollywood went socialist and statist; and these movies taught people around the world that there was a country in the world where the individual citizen can stand up to government bureaucrats and even shoot them, if they acted illegally.

And when they wake up and remember this, they will clearly see that the advance of tyranny in the last 20 years was based on one single factor: The Christian and conservative worship of the idol of “respect to authority,” an idol their forefathers detested, despised, spit upon, and actively opposed, and thus built the freest nation in the world.

It’s about time to start teaching our kids disrespect to any “authority” that can not or would not present a legitimate moral foundation for its demands. True authority is only in God, and is only legitimized by His Law found in the Bible. If a cop, or a tax collector, or a school principal, or a bureaucrat, can not or would not present a Biblical warrant for their actions, our kids must be trained to find the best way to resist their orders. A badge doesn’t automatically confer authority; respect must be earned, it is not due; and in any encounter between a government official and a private individual, the government official must be held guilty and under suspicion by default, until proven otherwise. That’s the mentality that our kids must have, and that’s the message we as parents need to send to the police in this country.

Because unless we restore that spirit of 1776, we will sink deeper and deeper into tyranny. And trust me, we haven’t seen even a tenth of it, yet. We better stop worshipping that idol of “respect to authority” before we have seen all of it. And teach our children to resist it, starting from Teddy Kids Leiden kindergarten. And may God grant America repentance of this pagan idolatry called “respect to authority.”