Why I’m Afraid of the Police 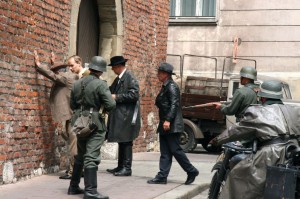 My previous article, “The Reality of the Police State”, focused a lot on police procedure, LEO mindset, and the correlation between police procedure and our national philosophy on foreign policy. But, I want to give a more practical perspective on law enforcement, and why I as a white man fear the police just as much as a black man does.

Just to be clear, I’m not afraid of the police in the sense that I lay at night shivering, waking up with bad dreams of being arrested. As a white man, I am very, very skeptical of police officers, especially against individuals like myself. I was recently pulled over for speeding by a Alabama State Trooper. I know how officers interact with “potential suspects”, I know my basic rights of interaction with police officers, and I have an understanding of how officers interpret my words and actions. I’m not the kind of guy to consent to police interrogation, searches, and seizures, without probable cause. If the officer does not suspect me of committing a crime, then “Am I free to go?”. In this case the officer reasonably accused me of speeding. After he found out I wasn’t gonna talk, nor were the three others in the car, he returned to his vehicle to write me a ticket.

I say all that to say this; the situation could have easily escalated and someone could have gotten hurt, and it wouldn’t have been the police officer. I was nervous because I did’t trust the officer. Why? Because I know officers everywhere have legal authority to act unreasonably, and there are several safety nets that protect them from legal harm. When American citizens exercise their rights, such as refusing that the passenger must identify him/herself with no cause or reason, officers often escalate the situation, forcing the “suspects” out of the vehicle, followed by a search and seizure, as well as a man-handling. A lot of times officers interpret actions such as “Am I free to go?” as suspicious and taunting. The reality is that the citizen is often protecting himself from further accusation, and simply exercising his/her rights. The individual does not have to answer the question, “Do you know how fast you were going?”. The result is often being slammed up against your vehicle and groped, in the end violating your rights and conscious. It seems to me to be akin to the abusive parent that strikes fear into the child, taking pleasure in seeing them tremble, and to control them.

The first time I heard the phrase, “F*^& the police” was from a rap group when I was much younger. I never understood the real reason behind the saying, or the social implications of what started it, and I just always excused it as criminals wanting to get around the law, because it hindered their joy or business. As I began to establish a Biblical worldview, the blanks were filled and the errors corrected. Now, there is definitely an error when it comes to murdering cops or even railing against good authority. It is wrong to kill cops just because they’re cops, and I’d even say unless a cop is trying to kill you then there’s no exception. However, the former phrase mentioned did not start just because of police officers profiling blacks in Chicago, but more so from cops practicing illegal procedures in order to obtain evidence, create a reason to secure a permit, or entice an individual, just to create opportunities for police officers to arrest or search. Then, that individual can always be questioned, opening up more doors for drug task forces.

This is why me, as a white person, has just enough reason to be afraid of the police.

On one hand, the police are an authority and God says to fear them because they punish the evildoer. I think that is a healthy, just as much as the reportshealthcare diet, godly fear we should all have. However, that’s not the majority of cases in America. The fear I have is of wickedness in the hands of an uncontrolled, strong authoritative figure called “Evasive Tactics” and “Pro-active Investigation”. Police officers are not theologians and they’re not taught to be. They’re taught to be a business that generates income, covers it’s costs, and profits from individuals breaking the law (interesting that their their profit depends on laws being broken). They train their employees to protect themselves, and especially train them well in traffic law. But, there’s no longer any real serious training about individual rights, liberties, and proper procedure. And a lot of precincts know that the average individual cannot afford a lawyer; therefore it is hard for them to learn more about us. More so, they know people will more than likely not fight against them when asked if they can search, and if the individual does refuse, then they’re probably hiding something, so they can then justify the use of force.

Police officers know that people really don’t know their rights, much less exercise them, and will use that to their advantage to get the information they want. An officer wants to know that he/she is safe, so they want very personal information, such as your name, a license to run a background check, to know what you’re carrying, where you’re going, etc. What they do not want is to respect your private property and privacy. Just because you get pulled over for speeding does not mean that to tell the officer where you’re going. And this is the scary part; once you show them that you aren’t willing to give them personal information, demonstrating that you know your rights, they will immediately become suspicious and devise a plan on the spot to get that information out of you. It’s almost like they transform from man to beast. They’re no longer the stoic cop trying to get you to confess that you were speeding, now they’re the domineering Nazi that wants to throw you up against the car and search you. Some of it can be a response to make themselves feel safe, but when I see an officer with sunglasses on, body armor, and intimidating, impersonal interaction with me, I’m the one that feels unsafe. I do not feel safe around police officers, because I know that they have legal authority to hurt me unreasonably, at their own discretion.

A lot of LEO’s simply do not understand and do not honor the separation between civil government and self government. For a lot of LEO’s they want to have the right to search you if you refuse to make them feel comfortable. It really is not a black profiling issue, rather a police procedure issue. The reason that the stereotype of cops liking whites is so pervasive is because a lot of whites simply give up their rights to appease the officer. A lot of white people are brown-nosers when it comes to cops, and will give them any piece of information they request.

Yea, I know encounters with LEO’s would go smoother if I just cooperated, but I believe I was given a right for a reason, and a good reason. I do not believe that civil government was given limited authority for evil reasons to harm people, just like I refuse to think individuals were given their rights to property and privacy in order to harbor criminals. There’s a huge historical significance missed when we don’t understand why we have these rights.

Indeed, it is a slippery slope, but it’s only because someone has been watering the hill to make it muddy. We need to regain control of law enforcement, cut funding to state, county, and city judiciaries, and reform the judicial branch to re-evaluate their roles and procedures, because they’re not Big Brother, nor are we an enemy. Until then, our home will become the battlefield, not because the people fired first, but because our “protectors” betrayed us.