If you’re a theonomist, are you helping in politics?

It’s great to have discussions on web sites like this one talking about theonomy, and evaluating our civil leaders in light of its principles. But the rubber really meets the road when those Christians who profess to be theonomists actually go beyond reading, discussing, and critiquing others, and actually do something themselves in politics. Going beyond acting like a sports announcer commenting on what others are doing, and actually getting in the game.

Several of my fellow theonomic friends here in Georgia have started getting involved in local politics by attending conventions, and we have been surprised how much influence a person can have just by participating an extra three days in the year. In this article, I want to tell you about some of the lessons we’ve learned from those experiences, but first we have to address the Christian’s Biblical responsibly to be actively involved in politics.

No, voting once every four years in the presidential elections doesn’t cut it, my friend. No, it doesn’t even cut it to vote every two years when congressmen come up for re-election.

Thomas Jefferson may not have been a theonomist, but he got it right when he said that “The price of freedom is eternal vigilance.”

Being a Christian involved in politics is not something for those who receive a special “call” in their lives. Every Christian is called, at least at some level, to be involved in an on-going way in politics. Because politics doesn’t stop happening around you just because you choose not to participate.

We hear much about the Proverbs 31 woman, but do you remember what the Bible says about the Proverbs 31 man? It says in verse 23 that “Her husband is known in the gates, when he sitteth with the Elders of the land” (1599 Geneva Bible). What were “the gates”? They were the places where the local city leaders convened to negotiate and set policy for their towns. (See, for example, Boaz meeting with the city leaders in the gates in Ruth 4:1-6.) The virtuous woman of Proverbs 31 was so industrious and dependable so that her husband could be free to stand in the gates as a local political leader.

In Psalm 127:5, the Bible says that one of the signs of God’s blessing on the “blessed man” is that his children, when they grow up, will “speak with their enemies in the gate.” It was considered a sign of blessing for God’s people to be able to negotiate peacefully with their enemies in the gates as opposed to having to fight them in wars. In our nation today, we enjoy the privilege of meeting with “enemies in the gates” to negotiate policies rather than having to settle our differences through bloodshed, and yet few of us take advantage of those opportunities.

Participating in politics is one of the ways that Christians play their role as “the salt of the earth” and “the light of the world” as Jesus said on the Sermon on the Mount. We theonomists like to quote Matthew 5:17-18, but how about the passage immediate before those verses? Is there a tie between the Law of God and being “the light of the world”? When we do not participate in politics, we are hiding our light, the light of God’s revealed truth in our hearts, under a bush.

“Ye are the salt of the earth: but if the salt have lost his savor, wherewith shall it be salted? It is thenceforth good for nothing, but to be cast out, and to be trodden under foot of men.Ye are the light of the world. A city that is set on an hill, cannot be hid. Neither do men light a candle, and put it under a bushel, but on a candlestick, and it giveth light unto all that are in the house. Let your light so shine before men, that they may see your good works, and glorify your father which is in heaven.”

In Cobb County where I live, each of our local conventions are hosted at a Christian church—a mega-church no less. But at the Cobb County convention held at that church last Saturday, only 285 people showed up to participate as delegates! This is in a county with a population of over 700,000 people! Now, if only 10% of the members of the church hosting the event had participated, the Christians would have owned that event lock, stock, and barrel! But hardly any showed up.

Living in the “Bible Belt,” we have Protestant churches within three miles of almost every direction from any point on the map. If one-tenth of the members of those churches got involved in their local political conventions, the Church of Jesus Christ could take over the Republican Party in our state in one day. That’s not an exaggeration. 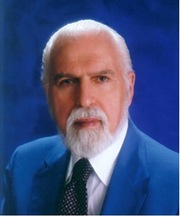 As Dr. R.J. Rushdoony famously observed years ago, “History is not controlled by majorities, but by highly dedicated minorities.” In politics, it’s not really the people who vote in the primaries who determine who gets nominated, it’s the people who go the extra step of participating in their state’s conventions.

Right now, there are a lot of “Rockefeller Republicans,” neo-cons, and Libertarians who are showing themselves to be “highly dedicated” minorities in these events with the GOP, but not a whole lot of Christians.

By you getting involved in local politics, you not only have the opportunity to impact the direction of political affairs, you have an opportunity to be a witness to your fellow Christians who are bringing non-Biblical criteria to the discussions. It is a valuable opportunity for discipleship.

Last weekend, several of my theonomic friends (including Evan Wheeler who also writes for this site) and I got involved in our local politics by participating in the local county Republican Party conventions as delegates. This year in my home state of Georgia, the leaders of the state and county GOP will be selected who will run the party for the next two years. By getting involved we are able to play a role in selecting who those leaders will be, and in ensuring that they will be honest people who will allow Biblically and constitutionally qualified candidates to get a fair opportunity to win nominations for public office.

Abraham Kuyper did not only speak and write on Christian views of politics; he became a Christian political activist and leader

In Cobb County, by forming coalitions with other groups in the spirit of Abraham Kuyper, we nearly took over the county GOP leadership, coming only seven votes short. (You can read that full story here.) Next month we will be in a strong position to take over at our Congressional District Convention, and a month after that we will likely be in a position to have a strong influence over the state party. But only because of the highly dedicated minority.

Some people ask me why I am involved in the Republican Party rather than a third party. I always answer them that I am a Christian first and foremost. So to whatever extent I believe that any group I am a part of is at odds with the Bible, I part company with it. To the extent that it is friendly to Biblical objectives and commands, I am happy to work with it. This is why I can in many instances work with the Republican Party, but when they nominate a candidate like Mitt Romney, who is so far from the Biblical minimal requirements for a civil magistrate, I have to part company with them. My Christian responsibilities to God are always more important than any responsibilities I have to a political party.

Moreover, the Bible teaches that Christians must be more concerned with obedience than with obtaining a desired result. The duties are ours, but the consequences are God’s because He is the sovereign over the world. We must seek to meet God’s objectives through God’s prescribed and modeled means. The end does not justify the means. So we can never justify advancing evil to accomplish good. (See Romans 3:8.) For example, I cannot support a candidate who wants to advance the murder of any infants in the womb just because he’s a relatively better candidate than Barack Obama.

But a worthy secondary consideration is which political party is most likely to be effective at accomplishing Biblical objectives and enabling the enactment of Biblical principles and precepts. There are many things I like about the Constitution Party, which is why I have participated with it in several ways over the last twelve years. I appreciate many of the principled Christian men like Howard Phillips, Michael Peroutka, and Chuck Baldwin who founded it and helped to organize it. Its platform is stellar. 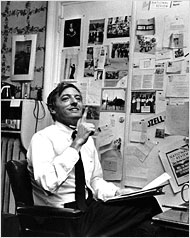 William F. Buckley believed that principled candidates often had a “didactic effect” even when they did not win elections

I also appreciate how the Constitution Party has, as William F. Buckley used to say, served as an instructive influence on the culture by communicating in campaigns and elections what the Biblical and constitutional standards are that Americans should support. When the Republican Party has failed to nominate a candidate for an office that meets the minimal Biblical requirements for civil magistrate, the Constitution Party has often provided such an option.

But after many years, the Constitution Party has not shown itself to be very effective at organizing people at the grass roots level and in helping to get candidates elected. There is also some in-fighting going on with some of its leaders that is preventing it from moving forward. Meanwhile, there are still many godly Christian officials in the Republican Party, and they need support. So as much as it is possible for me to do so without violating my conscience before the Lord, I continue to work within the GOP. As I’ve already mentioned, if enough epistemologically self-conscious Christians were active in the Republican Party, we could easily correct its weaknesses and use its momentum and strength to see godly officials elected to public office.

Whether you are active through the GOP is not as important to me, however, as that you as a Christian claiming to be a theonomist are involved in some way. If you believe that you could be more effective by helping to lobby for a pro-life organization or a constitutional organization, go for it. But don’t just sit on your rump and pontificate about how much you know about sound principles of theonomy, and criticize from the sidelines those who are in the fray, while the nation God has providentially put you in continues to crumble under the burden of humanism.

“You are the light of the world.”

You must stand in the gates.

You must become that “highly dedicated minority.”