HSLDA in the Business of Fixing Broken Windows 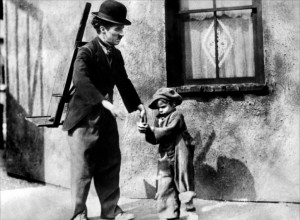 My thesis in this article is simple: When it comes to analyzing Ted Cruz’s proposal for Federal policies that would supposedly “eliminate the discrimination against homeschoolers,” HSLDA is the most unreliable authority to speak on the issue, and therefore the worst place to turn to for a professional, unbiased opinion.

I agree with Joel McDurmon that Cruz’s legislation proposal is dangerous, and given the history of Federal policies so far, deliberately harmful to homeschooling. But that’s not my point here; for the sake of the argument, I can give Ted Cruz the benefit of the doubt, that may be he hasn’t thought through his proposal to its logical end.

But what is clear to me, logically, is that no matter where one turns to for getting an opinion on this issue, it shouldn’t be HSLDA.

Because HSLDA has a money motive in such legislation, and stands to eventually profit from it. Such conflict of interests immediately disqualifies the organization from being an authority on this issue. In fact, in HSLDA’s place, any truly Christian and moral organization would have either remained silent, or would have argued against such legislation.

HSLDA has carved a niche on the market for itself: legal representation of homeschooling on federal level. The emphasis here is on federal, that is, centralized. Local representation—and local solutions—have not been to the liking of HSLDA’s lawyers. (See, for example, the multiple cases where Michael Farris actively opposed local and state solutions by local organizations, here.) Michael Farris’s strange love for the Fourteenth Amendment over the original Bill of Rights and the Tenth Amendment also speaks of his preferred mode of centralized legislative and legal action rather than local and state action, as is the traditional American spirit. Lobbyist circles within the Washington DC Beltway is where HSLDA operates at ease; those same circles where problems are resolved by knowing the right person, or pushing the right relational buttons within groups of political king-makers.

Therefore, if we follow the money, HSLDA can only exist and prosper if there is a constant source of trouble for homeschoolers at federal level, which would require the services of the organization that has positioned itself to “solve” those problems. But such source of troubles is not easy to establish at Federal level given that homeschooling is generally regulated—if at all—at state and local level. So since it is not easy to force anything on homeschoolers on Federal level, why not try to entice them to ask for Federal regulation and oversight themselves?

Well, they won’t do it for nothing, so the obvious solution is, offer a bait: some Federal law that would supposedly give them more exemptions, same as those for institutional schools. When they take the bait, the hook will be that the same regulations will apply. Not now, but later, when they decide to use those exemptions.

There’s your constant source of Federal troubles for homeschoolers. And therefore, a constant source of cash flow for HSLDA. So, on this particular issue, Ted Cruz is not the main culprit. HSLDA is. And if you want to see it plain and simple, here it is:

Think of Ted Cruz as the Kid, and HSLDA as the Tramp. The broken window is the Federal oversight on homeschooling, caused by the actions of the Kid, and the HSLDA just happens to be there with spare window panes and tools to fix the problem.

A bit too far-fetched?

Not at all. This has been the staple tactics of Republican politics for the last 40 years: Always leave major problems unresolved in order to keep them as talking points for the next election cycle. Think about it: for the last 40 years, we have had 20 years of Republican Presidents and 24 years of Republican majorities in Congress and the Senate. And how many of the major legislative issues in the Republican platform have been resolved? What Republican Congress has used its authority to reverse Roe v. Wade? To shut down the Department of Education? To shut down the IRS? To audit the Federal Reserve? To stop government spending? To limit federal debt? To curb welfare? To protect and enforce the Second Amendment? While the socialist side of the legislative spectrum continues scoring point after point—whether it is Obamacare, or EPA regulations, or the shameless appropriation of resources by the criminal syndicate BLM for the profit of politically protected companies, or the unlimited growth of government debt, or federal regulations and restrictions on gun ownership—the supposedly “conservative” majorities in Congress and the Senate are only reacting verbally to it but they never do anything about it. Why? Well, obviously, if those problems are solved quickly—as they can and should—what would a Republican politician use for his next election campaign as a manipulative slogan?

Is it then far-fetched to say that HSLDA is in the same business?

And HSLDA is not alone. Other gangs of lawyers have been playing the same game for years: ADF, NRA, the Family Research Council, Republican National Coalition for Life, and many others. Business has been booming, with Kids keeping the windows broken, and Tramps happening to be around stocked with glass panes for that glass shower door replacement, convenient. Such is the world we live in it seems.

To mention it again, none of this is to say that Ted Cruz, his litigation and arbitration attorney offices plans on a federal takeover of homeschooling. Not at all, the issue at hand is about interest.

Anyone with common sense and knowledge of the situation must decisively dismiss HSLDA’s opinion on it. They have vested interest in it. They have a conflict of interests. They stand to profit from it. Therefore, HSLDA better shut up on this issue. 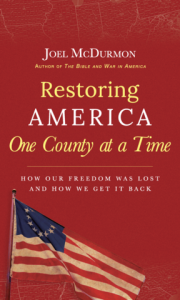 But it won’t make money for those Beltway gangs of lawyers.