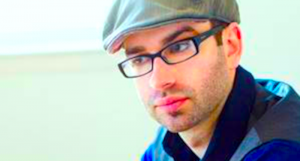 How does your garden grow?

There were two kinds of plants back in Eastern Europe, before 1989.

One kind was the quiet type. The informant. He would never distinguish himself by anything. He’d do exactly what he is told to do, and he may innocently ask questions – as if to clarify what he is supposed to do, but in reality, just to have more material for his reports. These were common in every group or “collective,” be it a production unit, or a mayor’s office, or in the military. They were the most common kind; the Party, after all, wanted to be informed about everything people thought and believed and talked about. So in any group larger than three, one at least was an informant.

With the fall of Communism, these became obsolete. Spying on your co-workers wasn’t a patriotic or ideological duty anymore. The only thing that remained was the bitter taste when the files were opened, and many people learned who informed on them. Often it was close friends or even family members. But, one way or another, this function went down in history. Sorta.

The other kind was more rare, because it took gifted individuals. And it was applied only in cases where an “informal” organization or movement appeared. “Informal,” that is, one that was not “formal,” or not officially set up by the Party in accordance with the Party line; and yet, it had certain activist goals. Yeah, yeah, sometimes these goals might appear innocent, like a music club or a philosophical society, but the Party knew: Anyone who started anything public outside the direct supervision of the Party, had to be planning something not so innocent. Activism was dangerous, and it had to be not just spied upon, but actively controlled.

So the kind of plant employed there was of the active, “leader” type. One who could quickly grasp the “slang” of the informal group, to be capable of quickly copying their rhetoric and spelling it back in beautiful and convincing formulas in order to earn a following. He wasn’t there just to gather information, he was there to gain popularity and following inside the movement. The objective, of course, was to use that popularity and following to lead and direct the movement or the group.

This was one fairly reliable sign for the rest of us that a person was a plant: Such people would be a little too well trained to speak, a little too capable of quickly winning the support of the majority in the group, a little too keen on grasping what general rhetoric must be used to gain popularity, and a little too eager to assume a leadership position in a world where there were responsibilities and even dangers attached to it.

Where he would lead or direct would depend on the Party’s specific goals for the specific group – whether the Party wanted to destroy the group or to utilize it for its purposes. The theory was that a movement could be thwarted when its natural pace was thwarted – either pushed to run too fast and thus stumble and fall, or obstructed to slow down and thus dissipate its energy, or re-direct it to serve the regime. In the official terminology of the Communist governments, he would be a diversant, that is, creating diversions to thwart the natural development of strong opposition to the regime.

When the goal was to destroy it, the plant would use his influence to radicalize the movement and push it to act or speak prematurely. A radicalized movement is easily demonized before the public opinion, and the authorities then would have no problem dealing with it while maintaining their hold on the society. Also, radicalization would help bring to the surface the “lone wolf” individuals in a movement, creating a negative image of it. Examples of this in Eastern Europe before 1989 would seem rather remote and esoteric to American audience, but this example is closer to home: http://bit.ly/KesslerPlant.

Or, such a “leader” would push the movement to radical actions, create an impossible – and seemingly dangerous – situation for himself and his followers, be granted some form of “forgiveness” by the government, and come out of it “repentant,” and would “apologize,” but only after having spent his followers’ social and personal energy on useless radical actions. Here on American soil, Adam Kokesh is the perfect example of such a plant.

But such plants were rather obvious: Their a-little-too-great zeal and ostensible oblivion to the dangers gave them away. And they were short-lived, by the very nature of their task.

The really effective, long-term plants were the “moderate” ones. Moderate not in the general rhetoric: the general rhetoric had to be strong in order to earn them the following and the influence. “Moderate” only when it came to specific actions where it mattered, on a local level, where the rubber met the road. As long as the attention of their followers was kept on general issues, engaged with general rhetoric, but their practical actions kept subservient to the government in the “little things” of life, the plants were successful. They might offer general criticisms against “the system,” but specific actions had to be discouraged, and for different reasons: “we obey the law,” or “respect to authority,” or “we don’t want anarchy,” or “we need order,” etc. As long as an “informal” movement was kept in the realm of the abstract, and practical actions where it mattered were discouraged, it was safe for the regime and could be easily co-opted. Eventually, its energy would dissipate and the movement would die.

These plants were the most dangerous, and they didn’t disappear with the fall of Communism. To the contrary, when the secret police files in many Eastern European countries were opened, we discovered that such plants had infiltrated even the anti-Communist opposition. Many even had managed to get elected to high positions in Parliament and local governments, as representatives of the anti-Communist opposition. The failure of Eastern Europe to shed off its Communist past as fast as possible can be traced back to this infiltration which slowed the reforms, and eventually dissipated the political and social energy of the late 1980s. As a side note, when the files were opened, we learned that more than two-thirds of the Protestant pastors were such plants, busy not only with keeping their churches subjugated to the regime, but also intercepting smuggled Christian literature, isolating foreign missionaries, etc.

A good example of such a plant on American soil is, for instance, David Clarke, the Milwaukee police chief. When it comes to general rhetoric, he is certainly a big mouth, especially on the Second Amendment. Thus, this 100% liberal Democrat, who is also pro-abortion (he has taken part in many actions of his PD against pro-life activists in Milwaukee), has won the support of many conservatives and even Christians. Of course, his referring to the Second Amendment is twisted: He means it only as citizens helping police, not in its original meaning of citizens being capable to rebel against their government. When it comes to government’s tyranny in the practical issues of life, however, Clarke is very clearly a statist and pro-tyranny. He says in an interview,

A big mouth on abstract politics, Clarke defends tyranny when it comes to our everyday lives and our direct encounter with government. He is very clearly a plant whose task is to influence conservatives to not resist the government. Imagine what the Founding Fathers would say or do if they heard this statement by Clarke. The least that might happen to him, I suppose, would be tar and feathers. The fact that so many conservatives take him as some kind of authority and celebrity only shows to what extent the true spirit of the Revolutionary Era has been lost in America.

But while Clarke may be obvious to some because of his 100% Democrat credentials, Matt Walsh may not be so obvious to most American conservatives.

Yes, he is very great at general rhetoric. And very skillful at it, that is, skillful at saying enough to capture the attention of as large an audience among conservatives as possible. He pontificates against the liberals, against Obama, he has the right stuff to say about liberal politics and abortion, guns and gender politics, etc., etc. When it comes to conservative rhetoric, Walsh is a master. And his meteoric rise to prominence among conservative audience was to be expected – conservative readers can’t fail to appreciate his skill in putting in beautiful words and ordered sentences all the abstract thoughts they have.

But where it really matters is at the local level, where each one of us meets the agents of government – the local agents of government hired to enforce in practice the abstract policies of Washington DC. The policies of Washington DC don’t matter, and the ideologies of liberal thinkers don’t matter, and the utopian dreams of progressivist activists don’t matter, unless there is a local agency which can come to your house, knock on your door, and impose these policies, ideologies, and dreams on you, your family, your property, your inheritance, your future, etc. Where the rubber meets the road, the government can only impose its will at the point of a gun, and the opposite end of the gun is manned not by a DC politician, or a Harvard professor, or an Occupy Wall Street childish moron, but by a local official who can tax your income or property, or can force you to pay taxes or to do the bidding of the government.

For those who follow Walsh and are mesmerized by his language skills and abstract rhetoric, here are a few questions and answers to consider:

These and many other questions and their answers should make any true Christian or conservative deeply troubled about the nature and purpose of the existence of government schools and police, and, in agreement with the Founding Fathers and that Great Generation of Americans in the 1770s, not only look with suspicion on those institutions, but also reject as un-American any notion of blind submission to them.

So the really relevant question when it comes to Matt Walsh is this:

What is the probability that Matt Walsh never asked himself these questions and doesn’t know the answers to them?

And yet, he argues for blind submission to these institutions, and for torture for the purpose of exacting that submission.

Think whatever you want about Matt Walsh. For this Eastern European who has seen a whole garden of them, Matt Walsh is a government plant. And his task is to use abstract conservative rhetoric to condition conservatives to blind submission to the state represented by its local propagandists and henchmen.

There is no other possible conclusion.

With Silver Bells, And Cockle Shells,

Sing cuckolds all in a row.