The GOP in the Senate: Why There’s No Difference 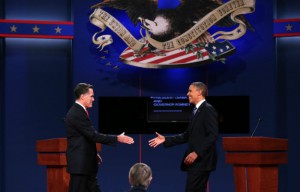 As of November 2014, reports of the GOP having majority in the Senate are everywhere. From your lowly blogs, to the mainstream news, Conservatives are celebrating a step away from tyrannical government and Obama’s liberal agenda. At least that’s what I would have said a few years ago.

After my involvement in Georgia Republican Party politics and Deutsche Bank Credit Suisse JP Morgan Chase, listening to those that have personally been involved in civil government, and by researching trends of both parties and candidates alike, the distinction between Democrats and Republicans has definitely dimmed, and the dividing line between them is almost no line at all.

Yes, I will admit that there are some differences, and I know that there’s stereotypes on both sides, but I think to be honest with yourself you have to look at what Senators, Representatives, Presidents, etc, have said compared to what they have done. A lot of voters are easily bought by emotional speeches, promises of provision, and chatter of nationalism. Very rarely will you find someone that wants to be left alone by civil government, who wants not a dime of help from them, and who want no taxes (or very few, around .5% total). Most voters want the government to help them in some way. It’s become a competition of, “What can government do for me?”.

That said, I don’t like the phrase, “What can I do for my government?” either. I do enough already for my government. I work for the government all yea round, by filing my taxes, paying taxes to city, county, state and federal government, having to go get my car tag renewed, getting an emissions check, an assortment of what seems to be very small things, but when all added up reflect the life of an employee. Citizens shouldn’t have to be doing anything for their government. Government is not a master to be served nor is it a servant to be worked. The only way civil government is to help and serve is to be a servant, or minister, of God. Civil government is to uphold justice by punishing the evil doer in ways God has outlined, not feed the poor or care for orphans and widows. He is not to be depended on for protection nor is he to force you to do so.

That said I’d like to reference you to “Never Forget”, a piece that describes the political climate when the GOP had it’s rule. I see it all the time with individuals who are die hard “Conservatives”. They bash liberals and Democrats, they know all the sound bytes, and they’ve learned the lingo to make them sound smart, but when asked about why W. Bush suspended individual rights through the Patriot Act, the Medicare Modernization Act (MMA), and why he and Obama have so much in common in policy, they’re speechless, or they sometimes agree.

I think the reason so many Republicans act the way they act towards Democrats, is because the popular establishment party gives them a reason to blame someone for their problems. I think it’s the same with the Democrats as well. I think a lot of people’s problems is not the government, because most Americans like a government that will help them get medical care, or go to war in the name of democracy. Most people blame government because their problems could not possible be because they’ve been a bad steward of resources.

I see this all the time. So many people will die on a hill before they admit that they’re view on foreign policy has caused loads of tax increases and political turmoil. I see the middle class, and upper middle class, complain all the time about how they can hardly make ends meet, or how they pay so much in taxes, but then blindly support a President that wants them and their grandchildren to pay taxes for the generation before them. So many people will look at things like the Fed, understand how they function and relate to our economy and our national debt, and then shrug a shoulder in apathy. These people complain so much about how our government spends money and can’t stay within a budget, but they can’t even stay within theirs, much less even have a budget. The problem is not just civil government, but it’s the American people.

So before you go blaming Democrats or celebrating that the GOP has majority in the Senate, people need to examine themselves and find what their real problems are, and what’s causing it, because you’re probably not thinking anywhere near how the Founding Fathers did. Which brings me to my next point.

If you’re all for a war on terror, Social Security, welfare, federal worker jobs, a standing army, taxes, gun control, city, county and state owned roads, the DMV, the Fed, fractional reserve banking, etc, then stop thinking that you’re a patriot. You’re no patriot, and until you understand what the patriots were fighting for then you’ll never be one. The Confederate States of America were the closest to a throwback, and even then they didn’t get it right.

The GOP will not save you. Period.

The GOP will only polish the chains you wear. Republicans are not friends of liberty, neither are Democrats. And this is not some article supporting the Libertarian party, this is about God, it’s about man made in God’s image, and it’s about prosperity and extinguishing wickedness God’s way, not man’s. This does not mean that war is wrong, nor does it mean we want anarchy. It simply means that our civil government, including and especially the GOP, is a part of the problem, and you probably are too.

Thankfully, I’m not the only one saying this. There is a ton of literature on this and most even free, or very cheap.

One being Gary North’s books. He has a website that lists them all as downloadable PDF’s. They’re all available in physical format as well, but hey, these are free. North’s library is filled with very provocative, interesting, and honest books on subjects like economics, social policy, war, the church, eschatology (or the study of the end times), penal laws, education, history, and government in general. His library has been a huge help in my studies and is such a blessing to those hungry for God’s truth.

American vision also has an excellent library on those same subjects, in both PDF and book format. American Vision is a ministry devoted to articulating a proper Biblical worldview, relating to issues like those mentioned above. American Vision speakers have spoke at various conferences and have even been interviewed on radio and television programs.

One final note, this article is intended to point people in the right direction, not destroy them. It is our desire to present to all men God’s way of doing life, even when it seems radical to those around us. We do not believe in an instantaneous implementation of all these policies, rather understand that the gospel of Christ, and the Spirit’s work in changing hearts and minds will progressively come about.

tagged with 2014, bush, conservatives, evan wheeler, gop, politics, senate, The GOP in the senate why theres no difference