Ferguson: Capitalizing on the Stupidity of the Conservative Voter 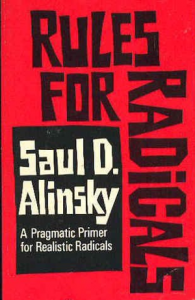 If you push a negative hard enough, it will push through and become a positive.

American conservatives never really learn. They study their own past defeats and mistakes, they analyze them, they discover the ingenious and devious ways in which their enemies have worked below the radar while laying smoke screens for the public, and they write books about it. And they share the information with their friends to know how we got into this mess.

And when their enemies use the same old tricks today, laying smoke screens while achieving their real goals in the dark, American conservatives are quick to react at an amoeba level, mesmerized by the smoke screens, blind to the real workings of their enemies.

Ferguson is another example of that stupidity.

Where is the focus of the media? The violent mobs in Ferguson. Where is the focus of the conservative commentators and pundits? The violent mobs in Ferguson. And therefore, where is focus of the average conservative voter? The violent mobs in Ferguson. One would think, after so many books and revelations about how leftists achieved their goals through deception and smoke screens, the average conservative voter would have learned his lesson to instinctively look away and try to find the truth in what is behind the screen. But no. The story is quite clear to him: Darren Wilson was rightfully exonerated, and the leftists are trying to stir up a revolution by inciting the mobs to violence. What is on the surface is what the truth is. This time it is all clear, and no deception can be expected.

So I reject the temptation to start accusing those violent looters. They are criminals, no doubt about it. But they are not the important part of it. I want to know about those other looters, who orchestrated the Grand Jury investigation. And I find the following: They are all top-notch Democrats, well-connected politically, part of a well-oiled political machine. Wilson’s defendants. The prosecutor. His assistants. The whole Grand Jury farce looked like a Democrat party training session for legal defense. And they got Stephanopoulos to interview Wilson. We know where he butters his bread.

This blogger here realized this fact. Except that, he was mistaken about the agenda. He thought it was a Democrat conspiracy to unjustly accuse the innocent Wilson and send him to jail. Very romantic, but, as we know, wrong. He was, like everyone else, only looking at the surface. Underneath, Wilson is not innocent. He is part of the machine. He changed his testimony, he lied, he presented a photo that didn’t show any beating . . . and he was perfectly confident he would get away with it. He knew the game.

So, what is the game? We have Democrats accusing Wilson, and we have Democrats defending him. And those who defended him made a farce of the Grand Jury, provoking the Democrat mobs in Ferguson to loot and commit violence. Why did Democrats exonerate Wilson against the expectations of their own constituency? What’s in it for the leftists?

If your average conservative voter had learned from the past, he would stop here and consider: May be what they want me to look at is not what I should be looking at. But your average conservative voter perfectly fits Gruber’s assessment of him as “stupid.” He won’t stop and think. His thinking will never go beyond how innocent Wilson is and how dangerous young black males are. That is, it will never go beyond the surface.

So, what’s in it for the leftists?

Is it that they want to use the riots as some kind of revolution? That would be stupid. Riots have never produced revolutions, not in the US, and not anywhere. Marxists actually hate riots; they consider riotous anarchism an exercise in childishness. A revolution is not a riot, as per Marxism; it is a directed, decisive effort by a small committed and ideologically conscious group of cadres.

Alinsky’s Rules give us the answer. One of the rules speaks about the proper use of violence. And it is not to take power. It is to create compassion:

“If you push a negative hard enough, it will push through and become a positive.”

The meaning is: If you make your enemy use violence against you, eventually you earn social trust because most people feel compassion to the underdogs. The unions used this tactics a century ago when they provoked both government and corporations to use violence against them.

We have violence, carefully created by the liberals on both sides – liberal media against Wilson, and the Democrat machine in his defense. By the Alinsky’s Rules, this is to create compassion. For whom, and by whom? Well, for whom is clear: For the “victim,” Darren Wilson, the supposed innocent hero of law enforcement.

By whom? Logically, who would be appalled at the sight of looting mobs of black “protesters”? American conservatives, of course. Those same conservatives who support Wilson and doggedly refuse, in the face of all evidence, to accept that he lied. They will now feel even greater compassion for their hero in uniform when they see violence against him.

But why would Democrats want to create compassion in conservatives towards a white guy?

Wrong question. Not a white guy. A blue guy. A man in uniform. A man who carries a gun around and officially carries out orders by his superiors: government officials. The game is clear: Wilson is to become the visible symbol of “good” law enforcement, to make conservatives trust the police even more, and by default reject any proposition that a police officer may be guilty when shooting a civilian on the street.

So next time another victim is murdered by a cop, the political class will just say, “Another Wilson/Brown case,” and the conservative opinion will be on the side of the cop. Why, of course, we don’t want to associate with those black looters in Ferguson, do we? Step by step, American conservatives are brainwashed to accept police brutality and tyranny for normal and normative, and dismiss complaints as “liberal.” Step by step, tyranny is imposed, not by legal decree but by crafty propaganda techniques, along the same Rules of Alinsky that conservatives talk about so much but never read, and never try to understand how they are applied right before their eyes.

Fifty years from now, if the US still exists, and if there are any conservatives left, some conservative writer will take it up to find out when did America change so drastically to a banana republic, to give almost unlimited power to the men in uniforms to kill and harass and rob and rape civilians at will. And he will trace it back to cases like Darren Wilson, and will discover that it was conservatives who were so stupid to fall for the liberal propaganda completely, hook, line, and sinker, and be content to let thugs like Wilson get off the hook for summarily executing “suspects” on the street.

But not today. Because conservatives always study, and never learn.