Donald Trump and the Death of Evangelical Pessimillennialism 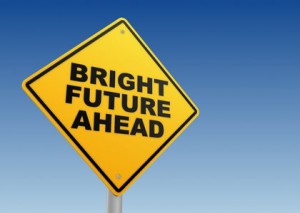 “When I get elected president, . . . Christianity will have power.”

These were Donald Trump’s words to his evangelical supporters this last Saturday, in his speech at the Dordt College rally in Sioux Center, Iowa.

That he would say these words is no surprise. Donald Trump will say anything to anyone to make a deal with them. That he doesn’t mean what he says – even when his listeners think he is “speaking his mind” – is clear enough from his actions. The very next day he “attended church” at First Presbyterian Church in Muscatine, Iowa, a PCUSA church with a female “pastor,” supporting sodomite “ordination” and sodomite “marriages.” Not exactly the “Christianity” his listeners of the day before would have like to see “having power” in America.

But Trump’s sincerity is not the point here; after all, in terms of proposed policies, he is no different than the rest of them Republican contenders – with the sole exception of Rand Paul, perhaps.

The epochal thing was the reaction of his evangelical listeners.

They cheered and applauded. None of them disagreed. There was no booing and no whistling. No opposition. They all liked what they heard.

These are the same evangelicals who have grown up with the books of Hal Lindsey and the dispensational premillenial eschatology which says that in the “last days,” nothing can restore Christianity its previous cultural power. The same people who were taught that “you don’t polish the brass on a sinking ship.” The same evangelicals who follow Franklin Graham when he, just a few years ago, said that there is no way to Christianize the culture, and all we are supposed to do is save souls. Well, some of them may be “Reformed,” that is, their pastors have graduated from amillennial “Reformed” seminaries whose eschatology is as adamant as the dispensational eschatology that Christians are not supposed to fight or win the cultural war. That there is no cultural war to be won. And if there is, we shouldn’t be winning it. Etc., etc.

For the last 40+ years, ever since the appearance of Christian Reconstruction on the cultural arena, these groups were warned by their pastors, preachers, seminary professors, and other churchian celebrities against postmillennialism: the eschatology of optimism, the expectation of the future that says that Christianity is here not only to stay but to also to conquer, until all the cultures – including the United States – submit to Christ and correct they ways and their laws according to the Gospel of Jesus Christ. “No victory for Christianity in the culture,” was the message they have been hearing for at least two generations. “Dominion” is a dirty word, not for Christians. Our “victory” is only in the Second Coming, or in our personal sanctification, but nothing else.

And then Donald Trump gets the pulpit and, after two generations of consistent pessimistic propaganda, says he will make Christianity “have power,” and these same people cheer, as if they never heard their celebrities say the opposite.

He is lying about his intentions, of course. But he knows why he is saying what he is saying. He has judged evangelicals well enough to know that they are tired of losing. They are tired not only of losing, they are also tired of eschatologies that promise them only defeat and nothing else. The eschatologies of defeat may sell well for a generation, but when the chickens come home to roost, and the defeat is real, people don’t like it. They prefer victory. And they will finally listen to those who promise them victory.

And, of course, the evangelicals are self-deceived about the possibility of reviving the cultural dominance of Christianity through politics. The loss of the political realm was only a consequence of the cultural decline of Christianity, not the reason for it. Thus, even if a true Christian became a president, this won’t do anything for the restoration of the Christian faith in the public square.

With Trump lying, and with evangelicals self-deceived, their love affair with Trump will be short and fruitless. Only the restoration of the comprehensive message of the Gospel – the Law of God as it applies to every area of life, including politics – and the return of that message to the pulpits in the land will restore the cultural power of Christianity. I don’t know what will come after that love affair is over: whether it will be a social-gospel-type secular, godless optimism, or a Biblical, covenantal, theonomic, postmillennial optimism. I pray for the latter; and I have reasons to believe the former is unable to return.

But I can tell one thing for sure: If the ersatz promises of an ersatz conservative could make so many evangelicals forget a whole era of preaching, teaching, books, lectures, and rallies and adopt a vision contrary to what they have been taught their whole lives . . .