A New Testament Basis for Theonomy: The Law is Good 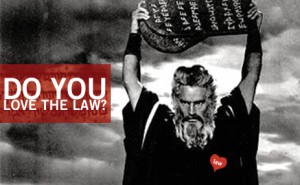 This will be short, but I think it will be sweet enough for your taste (perhaps too sweet for a “non-theonomist”). But, I wanted to show how I believe that the New Testament is crystal clear on how the law (using the term generally) is intended to be upheld in the civil realm, particularly found in the epistles. During the time of the early church there were many disputes concerning the law, things such as whether or not circumcision was still obligatory, eating certain meats, observation of holy days, etc. A typical response (or knee-jerk reaction) from our Reformed camp is, “The law has passed.”, period, with almost no clarification or qualification as to what that means and the exceptions to the statement. Yes, the law has passed, but the word “law” is used in several different ways depending on it’s context.

If the law has passed then do we not follow the law of love? (Gal. 5.14, Rom. 13.8,13.10, etc.) Do we not follow what Christ commanded, which in itself is God’s law reiterated? (Matt. 7.12, Gal. 6.2) Which laws do we not follow and how does this abolition of the law harmonize with Christ stating that He did not come to destroy the law? This is why context and a proper biblical hermeneutic is very important, because it leads to a position that becomes schizophrenic when examined as a comprehensive worldview. Let’s start with a passage and actually include the context.

“Paul, an apostle of Christ Jesus by command of God our Savior and of Christ Jesus our hope, To Timothy, my true child in the faith: Grace, mercy, and peace from God the Father and Christ Jesus our Lord. As I urged you when I was going to Macedonia, remain at Ephesus so that you may charge certain persons not to teach any different doctrine, nor to devote themselves to myths and endless genealogies, which promote speculations rather than the stewardship from God that is by faith. The aim of our charge is love that issues from a pure heart and a good conscience and a sincere faith.” 1 Timothy 1:1-5

Ok, so there is an issue with “certain persons” teaching different doctrines. Typically this means something that is contrary to what has already been taught by Paul. Paul clarifies that “the aim of our charge is love…”, meaning that the intention is not to argue with an un-Christlike attitude, rather to promote love.

“Certain persons, by swerving from these, have wandered away into vain discussion, desiring to be teachers of the law, without understanding either what they are saying or the things about which they make confident assertions.” v. 6-7

Ok, so the issue is about the law. Now, what does Paul mean by the law? Does he mean the ten commandments, the law of Christ, the law of love (as first stated in Leviticus by the way)?

“Now we know that the law is good, if one uses it lawfully, understanding this, that the law is not laid down for the just but for the lawless and disobedient, for the ungodly and sinners, for the unholy and profane, for those who strike their fathers and mothers, for murderers, the sexually immoral, men who practice homosexuality, enslavers, liars, perjurers, and whatever else is contrary to sound doctrine, in accordance with the gospel of the glory of the blessed God with which I have been entrusted.”v. 8-11

Ok, so the law is good. What law? What is Paul referring to, the ceremonial law? No.

Paul lists a few that are pretty familiar with us, such as liars, sexually immoral, those who practice homosexuality, etc. However, a few of these sins that Paul states are directly related to civil laws found in the Pentateuch, not the ten commandments and not ceremonial laws. If Paul can list these things and they be prefaced by saying that the law is good “if used lawfully”, while also pointing out that the law is NOT for the just but for the disobedient, then how could anyone say that the law is used solely in a spiritual way related to personal sanctification? Where do we get off in saying, “The law has passed, and therefore only the spiritual application for my personal life remains.”, without any Scriptural justification or consistency?

Where in God’s Word is a law about enslavers?

It’s not in the ten commandments.

“Whoever steals a man and sells him, and anyone found in possession of him, shall be put to death.” Exo. 21.16

Where is there a law in all of Scripture about those who strike their mother and father? (Notice Paul was very specific in the infraction.)

“Whoever strikes his father or his mother shall be put to death” Exodus 21:15

And this one is clear enough to me as well. What about God’s law regarding perjurers? Do you know what a perjurer is?

It’s someone who lies or bears false witness, specifically under an oath.

“A single witness shall not suffice against a person for any crime or for any wrong in connection with any offense that he has committed. Only on the evidence of two witnesses or of three witnesses shall a charge be established. If a malicious witness arises to accuse a person of wrongdoing, then both parties to the dispute shall appear before the LORD, before the priests and the judges who are in office in those days. The judges shall inquire diligently, and if the witness is a false witness and has accused his brother falsely, then you shall do to him as he had meant to do to his brother. So you shall purge the evil from your midst. And the rest shall hear and fear, and shall never again commit any such evil among you. Your eye shall not pity. It shall be life for life, eye for eye, tooth for tooth, hand for hand, foot for foot.” Deuteronomy 19:15-21

Scary right? No, the “eye for eye” phrase is a statement of mercy and restraint. Instead of being executed for stealing a candy bar, you instead pay back double the value of it. The punishment fits the crime; that is justice.

To me this seems so clear from Scripture that it’s hard to take anyone seriously, especially when they toot their horn about the law having passed, while then running a “discernment ministry” using the law as their standard (especially in regards to homosexuals, abortion, marriage, etc.).

Now, I already hear the response, “Just because Paul lists these laws that were at one time used in the civil government, does not mean that we should still apply them today.”, to which I respond, then why did Paul use them as examples for what is able to be used lawfully, specifically the laws that are distinctly civil? If Paul were so against rulers enforcing God’s ways, then why would he use God’s law, specifically used in a civil case, as an example of a good law to be used? It’s my conclusion that Paul, and neither did Christ, reject the civil application of God’s law, nor did the writer’s of the New testament epistles. Instead, it seems clear to me that the majority of Scripture about the old covenant passing, the law being fulfilled, etc. speak of the obligations of the law to obtain life and escape punishment, as well as the ceremonial law which was a type of the One to come, that is the Christ who is our High Priest in another priesthood.

I refuse to be misunderstood as someone who wants to change everything from the top down, and very few theonomists believe such a fantasy. I’m simply saying that since God still judges civil governments for their decrees, His law is the point of discernment; it is the standard by which we understand God’s judgments. How else could God judge a civil government if it had done nothing wrong? If America were not obligated to enforce God’s laws, then how could we understand the judgment that falls upon us?

To conclude, go back and read the last verse of the section of Timothy, and you’ll see that Paul says that these things are all sound doctrine and according to the gospel.